Tilik and The Rise of Javanese Rural Housewives

How has the recent depiction of rural women in the viral short film Tilik challenged dominant representations of housewives in Indonesian advertising?

Recently, a short film about a group of housewives from Central Java traveling together in the back of a pickup truck to visit a friend who is sick has turned into a social media craze. Titled Tilik (a Javanese word describing the act of visiting someone who is sick), the film was originally released in 2018 but has only made the headlines this year, particularly since it was uploaded on YouTube in mid-August. The film has since garnered 19 million views and continues to earn praise arguably due to its comedic take on the representation of rural culture.

In particular, one of the things that mainly attracts audiences’ attention is the film’s unique portrayal of rural, Muslim, Javanese housewives who love to gossip and meddle in other people’s affairs. This can primarily be seen through the notorious yet fan-favorite character ‘Ibu Tejo’ who throughout the film bad-mouths about a young, attractive, seemingly quiet woman called ‘Dian’ after hearing rumors that the latter is caught hanging out with a middle-aged man at a mall. For 30 minutes, Tilik then sees the housewives debating about the truth of the subject, perpetuated by Ibu Tejo’s strong conviction that Dian must be a ‘bad girl’ even though there’s very limited evidence to prove such a claim.

Highlighting women’s tendency to quickly judge other women and turn prejudiced, Tilik has brought more nuanced images of everyday women to the fore. The way its characters are depicted, especially with such a seemingly trivial storyline, turns out to be so appealing to the audience that several FMCG brands like Lemonilo (instant noodle) and Kacang Garuda (peanut snacks) have begun to feature Ibu Tejo in their latest campaigns – paving the way for grassroots-led narratives surrounding womanhood to penetrate mainstream ads. Here, we uncover some of the emergent ways that these brands and Tilik itself are reconfiguring popular representations of housewives through the character Ibu Tejo.

From ideal to realistic

For the most part, Indonesia has seen evolving depictions of housewives that are typically associated with positive traits and good morals. In local ads, they are often depicted as nurturing and sensitive mothers who are responsible for managing domestic chores and providing emotional needs for their families. To illustrate, brands often release ads that feature housewives happily taking care of their families. Images of privileged mothers hugging their children and getting them ready for school are some of the dominant codes that have been adopted by mainstream brands over time to portray the role of housewives. 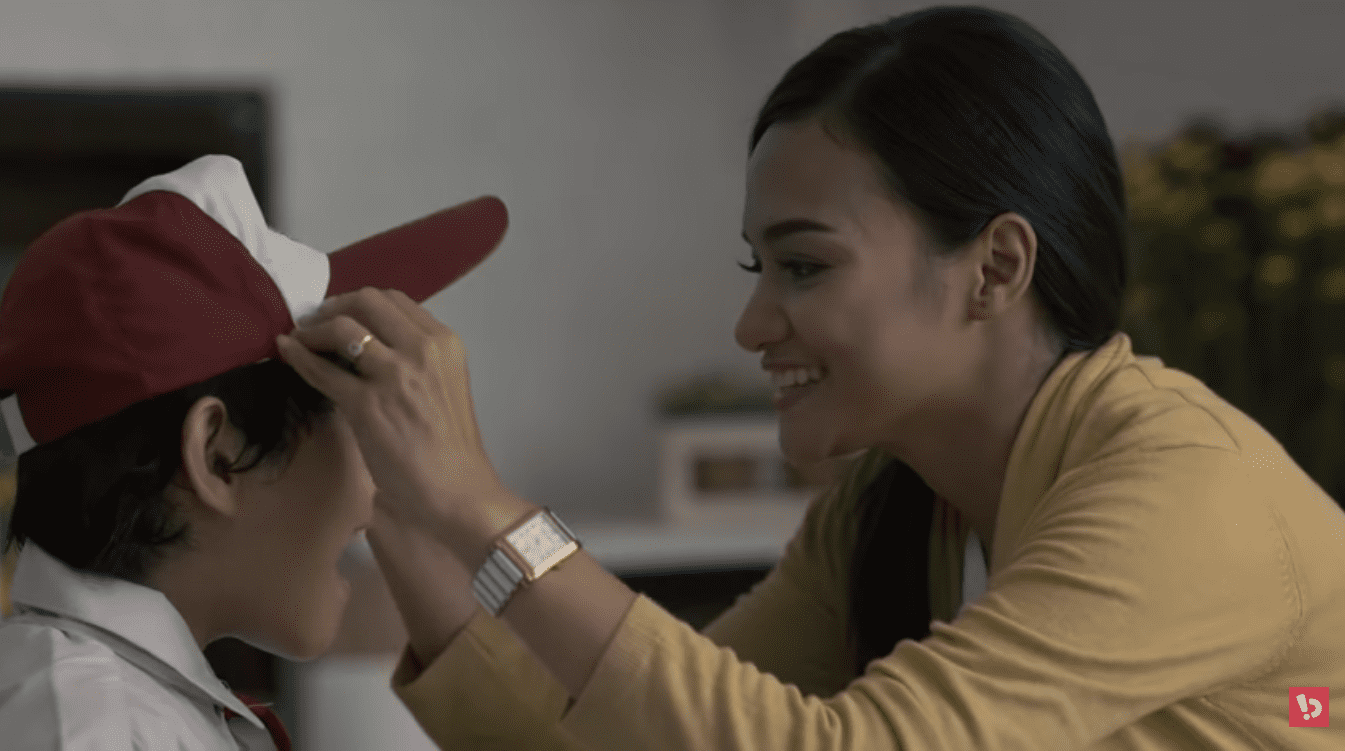 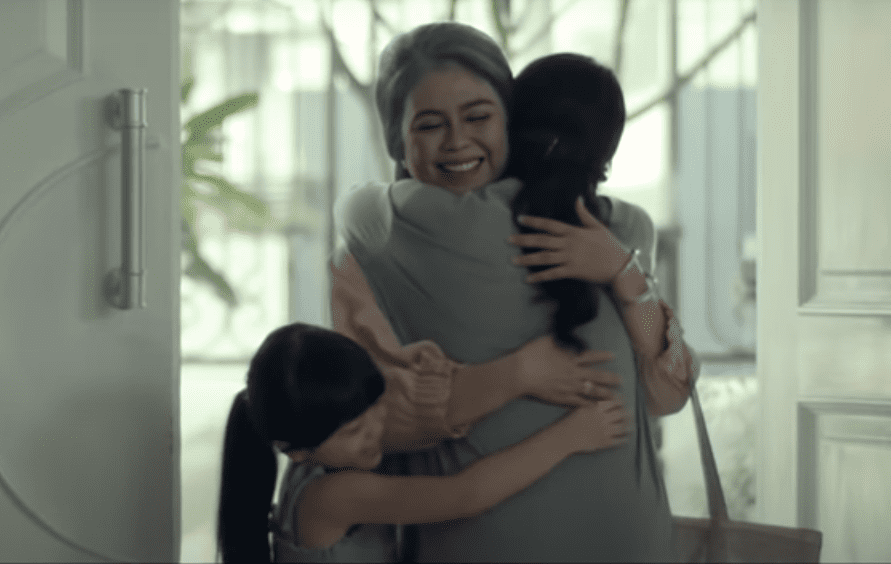 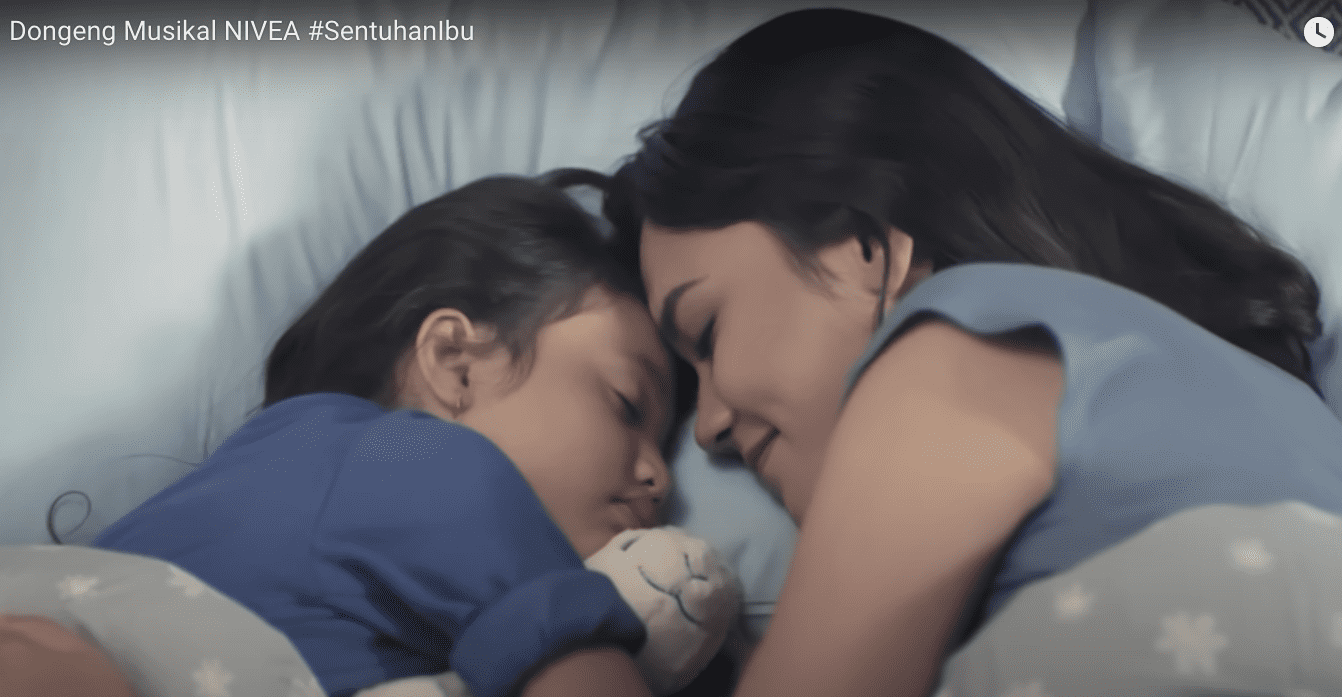 (From left to right: TVC ads from Bukalapak, Tupperware Indonesia, and NIVEA Indonesia)

The arrival of characters like Ibu Tejo in several recent ads has therefore challenged traditional standards of Indonesian housewives – urban mothers who are warm and affectionate; always there for their children and able to tackle any kind of household issues with a smile on their faces – by providing images of women who aren’t normally imagined as someone we aspire to be yet are far more relatable. In Tilik, the housewives discuss everything from Dian’s marital status and her career to the power of the Internet to stories of someone they know being scammed into buying herbal medicines after seeing online ads. While the film may demonstrate conversations that are casual and rather superficial, audiences find them to be reminiscent of what housewives talk about and how they behave in real life – which aren’t always as positive as what mainstream brands have been depicting.

Ibu Tejo as the anti-aspirational housewife

Through Ibu Tejo'’s character, Indonesians are now beginning to embrace emergent images of an everyday housewife that isn’t good, ideal, or aspirational. Tilik brilliantly does so in the ending where the initial victim of its storyline, Dian, is revealed to be involved with someone else’s husband, subsequently vindicating Ibu Tejo’s assumption all along. The film’s plot twist consequently blurs the lines between good and bad housewives. Not to mention the fact that all housewives in the film are shown wearing the hijab, a sign that supposedly represents them as ‘good Muslims’, as Islam considers gossiping and slandering someone to be sinful. Yet while there are a few housewives in the film that refrain from talking about Dian, as a good Muslim should do, most of them are seen excited to engage in Ibu Tejo’s conversation. 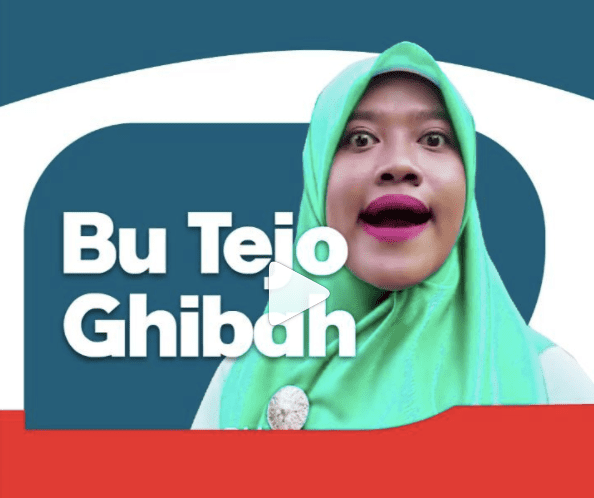 The film thus underscores the media’s important role in portraying housewives and women in general more realistically, along with their flaws, imperfections, and complexities – which are everything that Ibu Tejo represents currently – rather than as the way society expects them to be. Lemonilo and Kacang Garuda leverages on this cultural shift by collaborating with Ibu Tejo’s actress Siti Fauziah in their ads where she can be seen promoting products in her character’s loud, blunt, and snarky mannerism; as if she’s gossiping about someone. By depicting housewives as anti-aspirational like Ibu Tejo, these brands have found a new way to engage with Indonesian consumers, particularly by using a language that resonates with women’s everyday lives.